For an Indian August month symbolizes Our Independence from British. Lets cheer for our INDIA. Indian Flag means a lot for us. It is our symbol of unity to lead us on one common way of Dharma even after being of different faiths and religions of Buddhism, Jainism, Hinduism, Christian , Islam and Sikhism.

"It will be necessary for all Indians to recognize a common flag to live and to die for."
- Mahatma Gandhi
'Vijay vishwa tiranga pyara, jhanda uncha rahe hamara...'
The tricolour and Ashoka Chakra of the Indian flag reveals some meanings which are as follows:
Saffron: The upper most colour of our flag, Saffron denotes the strength of our country. It stands for our courageous history and sacrifice of our freedom fighters.
White: The white in the middle band of the flag symbolizes the path of truth, honesty and peace that India will take. White also stands for cleanliness and knowledge.
Navy Blue Chakra: The Dharma Chakra in navy blue in the middle signifies the “wheel of law” made by the 3rd century BC Mauryan Emperor Ashoka. It shows that there is life in movement and death in stagnation.
Green: The lower most green band of the flag denotes the fertility, growth, development and auspiciousness of the land. It symbolizes the value of our land that life is dependent on.
For this project I used these four colours  of Tiranga and made a quilled ice-cream bowl . 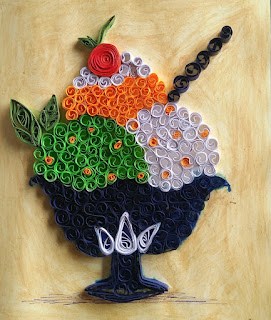 Saffron-Orange flavor Icecream, White- Vanilla flavor Icecream, Green- Mint Flavour Icecream, Navy blue- Bowl
Lets celebrate our Freedom with these Yummy Tri-Color Icecreams.
I have linked this project to - (IQCG 39-INDIA )
Please give your valuable feed back and comments if you like my work.
Thank You.

Popular posts from this blog 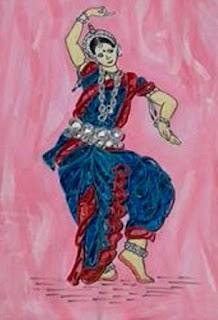 Hello Readers.... The 'Culture of India' is the way of living of the people of India. India, being a multi-cultural, multi-ethnic and multi-religious society, has had a long romance with the art of dance. . I belong to Odisha.Odissi is one of the famous classical Indian dances from my state. The history of Odissi dance is almost two thousand years old. Odissi is a highly inspired, passionate, ecstatic and sensuous form of dance. Odissi classical dance is about the divine love of Krishna and  Radha, mostly drawn from compositions by the notable Oriya poet Jayadeva, who lived in the 12th century CE. It is traditionally a dance-drama genre of performance art, where the artist play out a mythical story, a spiritual message or devotional poem using body movement, expressions  and mudras . The Odissi dancers are colorfully dressed with makeup and jewellery. The Saree worn by Odissi dancers are brightly coloured, and usually of local silk (Pattasari). The jewelry includes sil
Read more 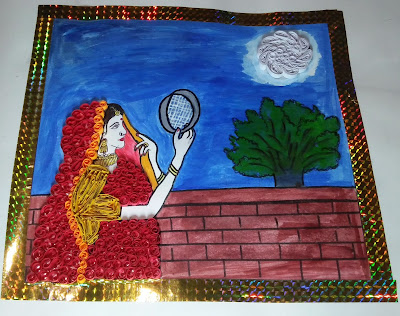 Hello , October is a very exuberant time in India. The  monsoon rain  has eased in most places, and the Festive season is in full swing! Come to India in October and take part in events filled with lights, music, and dance.  According to Hindu Shastras, some festival or ritual to be performed every month. Out of all of them, the fast that is most important for married women, falls in the month of Kartik on Krishna Paksh Chaturthi .It’s called the Karvachauth   . It is a one day long festival celebrated every year by the Hindu women especially in the North India. A woman gets fast for whole day which starts from the sunrise in the early morning and ends at moonrise in the evening . She keeps a very hard fast for whole day  for the safety and long life of her husband. This festive mood reflects in my Quilling art. Here is what i want to   show you all about my festive mood. May this  M oon light  flood your life with  Happiness, Joy, Peace and Harmony.   Kar
Read more 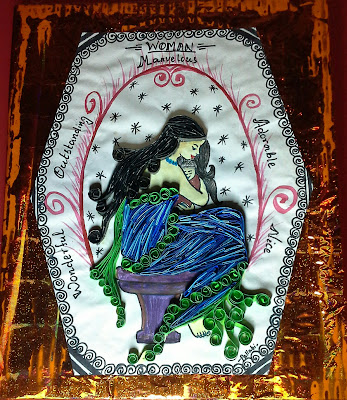